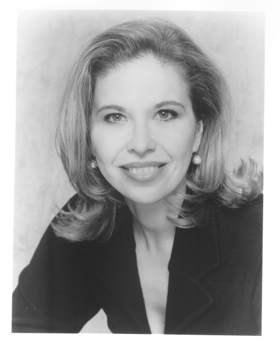 “…one of America’s foremost
authorities on Victoriana.”
--The New York Times

Journalist and author Allison Kyle Leopold has written over a dozen books on topics ranging from beauty to ballet, but is best known for her richly illustrated works on 19th century America’s interiors, collectibles, gardens, courtship customs and cookery, which document the social history behind America’s Victorian era. The New York Times calls her “one of America’s foremost authorities on all things Victorian” and The Chicago Tribune named her “Queen of Victoriana.” At Muskegon, Michigan’s 2003 Victorian Celebration, The Chronicle wrote, “She’s it…there’s nobody like her. She’s a walking encyclopedia…the real deal.”

In addition to the books listed under SELECTED WORKS, Ms Leopold’s other books include the following:


Victorian Keepsake: Select Expressions of Affectionate Regard from the Romantic 19th Century
(Doubleday)

This celebration in words and images of Victorian love and courtship features rare and never-before-published ephemera and original photography accompanied by thoughtful, evocative prose and poetry. The book inspired the museum exhibition “For Your Heart’s Desire” at the Lockwood-Mathews Mansion Museum in Norwalk, CT.

The taste of the 19th century comes to life in the Victorian Cupboard Cookbook Series, a set of three antique-designed gift books (Victorian Sweets: Cookies, Cakes & Pies; Victorian Pickles, Preserves & Relishes, and Victorian Frozen Dainties), each with unique vintage recipes inspired by the specialties of the Victorian table.

From traditional gingerbread to warm sweet puddings to a festive white wine fruitcake, this book is filled with genuine Victorian recipes, updated for modern kitchens, allowing readers to bring back the simple joys of a 19th century Christmas every year. Elegantly designed with vintage illustrations and engravings.

“Highly recommended.” “One of the hottest dance books.” “Invaluable for adults starting or getting back to ballet.” Written with co-author Dena Simone Moss of the Joffrey School faculty, this book is considered the essential guide for adult beginners. Beautifully illustrated, a step-by-step guide to achieving a graceful dancer’s body.

Ms. Leopold has appeared on the Today Show, Good Morning, America, Style and other programs, was the Editor of Country Victorian and Victorian Decorating magazines, and has written on interiors and collecting for Old House Interiors, 19th Century, Victoria, Country Living, House Beautiful, and Victorian Homes (where her long-standing column appeared from 1983 to 2000). Her popular slide lectures range from an introduction to the Victorian Revival to the Victorian holiday kitchen, to feminine beauty throughout history, and 1882 home received the first Great American Home Award--First Prize for interior renovation from the National Trust for Historic Preservation, Washington, D.C., co-sponsored by the National Trust’s Center for Historic Houses and Historic Preservation Magazine.

Ms Leopold began her career at Vogue, Harper’s Bazaar and Seventeen, was Travel Editor at Child magazine, Editor of many special interest magazines for Woman’s Day, and Editor-in-Chief of Flair. She currently runs AKL Studio, a magazine development group that has worked with Hearst Custom Publishing, the Downtown Magazine Group, the Metropolitan Museum of Art, Hachette Filipacchi Magazines, among others. To learn more about AKL Studio, go to aklstudio.com.

A graduate of George Washington University, she did her graduate work at New York University and lives in New York City with her family. She is a member of the Author’s Guild; the Association of Journalists and Authors (ASJA); International Food, Wine & Travel Writers Association; and is on the Steering Committee of Women Writing Women’s Lives; the Board of Directors of the Joffrey Ballet School; the Editorial Advisory Board of 19th Century Magazine; and the Leadership Council of the Woodhull Institute for Women for Ethical Leadership.

Victorian Splendor, Recreating America’s 19th Century Interiors
“As lavish and rich as its subject.”
--Publishers Weekly
The Victorian Garden
“…an inspiring book that I have trouble putting down!”
--The Garden Writers Association of America
Cherished Objects, Living With and Collecting Victoriana
“One of the finest lavish albums about Victoriana ever to appear. The photographs are dazzling and the wealth of information provided is unique.”
--The New England Review of Books